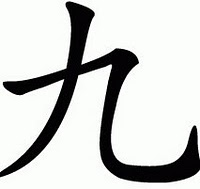 I am always interested in historical facts and the origins of superstitions. I was watching a Travel Channel show on the Mysteries of China this morning with the kiddos in which they briefly mentioned that the number 9 is a very important number in their culture. Being that 9 is in our name and what we are about, I just had to check it out and report. The most interesting fact is that it is the word for "longlasting" which is commonly used in weddings! Coincidence? I think not! Here is what they have to say:
Nine
The number 9 (九, Pinyin: jiŭ, jyutping: gau2), being the greatest of single-digit numbers, was historically associated with the Emperor of China; the Emperor's robes often had nine dragons, and Chinese mythology held that the dragon has nine children.
Moreover, the number 9 is a homophone of the word for "longlasting" (久), and as such is often used in weddings.
Blissfully, cloud 9 Weddings & Papers!

cloud 9
Denver, CO
cloud 9 is the premier wedding consultant and stationery resource in the Denver metro area. Call us for an appointment! 720-570-1168